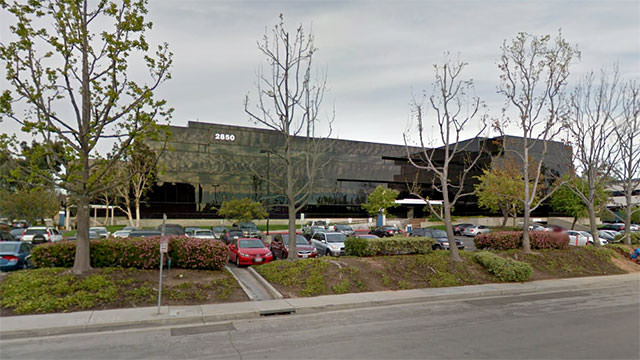 PHOTO: This shady, unmarked office building in Santa Monica, California is the headquarters location of Campus Explorer at 2850 Ocean Park Blvd. The lack of transparency at their headquarters seems to reflect a larger corporate culture of deceit, fraudulent student recruiting, and promotion of for-profit colleges.

If you are one of the people that innocently believe the internet has brought more transparency and consumer protection to the American economy, this story’s for you.

Last week, investor-backed Campus Explorer from California contacted CollegeTimes to inquire about advertising. In and of itself, a completely normal happening – that is, until they demanded that we sign a compliance contract protecting their for-profit college “clients” from things like unapproved content (criticism) and traffic sources.

Note: the contract is publicly available at this URL.

As the Explorer team were quick to point out, “contract negotiation” is a normal thing in the business world. True. But what’s not normal is pretending to be a website that helps high school students discover the college that best matches their interests, when your real goal is aggressively pushing them into unaccredited, for-profit scam colleges – and then shopping around for bloggers to help you with that mission.

For several years, I had been under the impression that Campus Explorer was something of a mixed bag in the ‘higher education industry’ of America. I believed (erroneously) that their business model revolved mainly around scholarships and financial aid services, lacking the vast corruption of similar companies (i.e. College Prowler).

I was wrong. Here’s a quote from the Explorer team:

“We were initially fine with [CollegeTimes], but once we discovered the UGC [User Generated Content] and numerous negative reviews of our partner [for-profit] schools, it became something we just couldn’t participate in.” – Campus Explorer via email

Pushing for a clarification, I told Explorer that I had noticed in CollegeTimes’ traffic logs that their staff had only browsed campuses currently owned by Corinthian Colleges, Inc. (facing mass lawsuits from the federal government for committing fraud) and the University of Phoenix (currently on accreditation probation). “Are those the only types of colleges that Campus Explorer recommends to their visitors?” I asked via email, “because somehow nearly every for-profit college in your database has zero negative reviews or is blocked from accepting reviews.”

In short, the Explorer team unashamedly confirmed that providing for-profit colleges with student leads is in fact their biggest purpose, and that censoring negative reviews of for-profit college profiles on their own website and on those of their publishing partners is part of their business model:

“…we are required to protect the brands we represent (pay us for leads and clicks), just as any traffic/lead generator would. Our business model at the moment is focused primarily on for-profit schools, although we do send leads to traditional schools at no charge… In the process of doing our due diligence, we discovered that this wouldn’t be something we could sustainably engage in, so we decided to back away. If we were guilty of anything here in regards to this relationship, it was being overzealous, and not thoroughly researching the content of your pages before we began the IO process; for that I apologize.”

The sales rep, and her supervisor that chatted with us for the past week, were extremely courteous and I’m not going to mention their names. Clearly, they weren’t aware that CollegeTimes hates for-profit colleges before they contacted us. But when I finished by saying that I noticed they were partnered with StudentsReview – the only other major college review site that is NOT controlled by corporate investors, and who ALSO does not censor negative reviews of for-profit colleges – they seemed at a loss for words:

“In regards to Studentsreview, we will dig into this matter. If they indeed have those negative reviews, we’ll need to make the necessary adjustments.”

Update 10/5/2014: Campus Explorer appears to have pulled all of their advertising from StudentsReview.com after the CollegeTimes team pointed out that their site also accepts negative student reviews of for-profit colleges.

To Those Working At Lead-Gen Companies

Now, do I really believe that the sales rep and her supervisor (who I’m not going to out, because they were just doing their job), had some wicked secret plan to take down CollegeTimes after we signed some compliance contract? Of course not.

But in an age of fine print and lawsuits, it sure presents an interesting case. Take, for the example, the possibility that Campus Explorer decided to file a lawsuit due to breach of contract in an attempt to get negative student reviews taken down from CollegeTimes. Sound far fetched? Not when you consider the half-dozen for-profits that have already sued or threatened to sue our team.

Lead generation is not an inherently immoral business by any means. On the other hand, lead generation for unaccredited for-profit colleges that commit rampant fraud, waste billions of dollars of taxpayer money, while paying off public officials to play along, all the while screwing over millions of students, most definitely IS.

And based on all the low-income black people leaving mixed reviews of Explorer on Facebook – not to mention their shady, unmarked headquarters office (seen above) located in Santa Monica – it would seem that their executive team is well aware of the lack of value they bring to society with their current business model.

Or, as one of their former employees put it:

“There seemed to be a company held view that people worked hard to get in management, therefore they should be allowed to do whatever they want… they seemed to expect something from lower employees that they were not doing themselves, and did not provide the best example for lower employees to follow.” – former Campus Explorer employee

It would seem Campus Explorer feels the same way about college admissions.

Update 4/19/2015: After yet another former Campus Explorer employee commented to both CollegeTimes (below) and GlassDoor that serious corruption, harassment, and “fudged numbers” were a part of the corporate culture, it appears that management has decided to spam multiple “positive” reviews of the company in reaction. This comes just a few months after Campus Explorer acquired Vantage Media’s education business in a secret deal, the latest in a string of venture capital transactions involving the company.