Home » 10 Surprising Statistics on Women in the Workplace

10 Surprising Statistics on Women in the Workplace 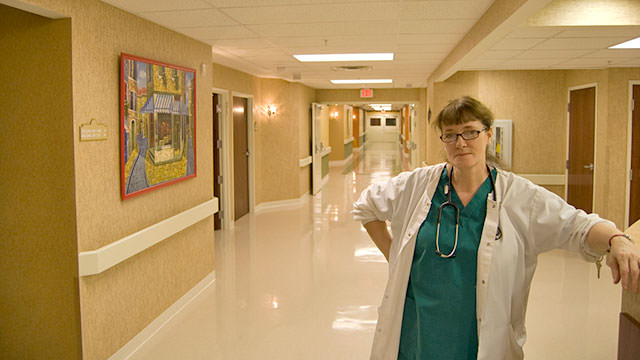 While there is no doubt that women have come a long way from the discrimination and struggles they faced in the previous century when it came to getting an education and finding a job, the sad reality is that when you look at the hard facts, there is still a fair amount of inequality when it comes to women’s role in the working world. Whether you’re a working woman yourself or just want to help support the rights of women, these facts are a surefire wake-up call that women still don’t always get a fair shake when it comes to getting paid, attaining promotions, or entering certain fields. Take a moment to read through these ten eye-opening stats to see where women really are in the working world and get some inspiration to see where changes need to be made and where advancements can be lauded for this generation and the next.

1. Women comprise 46% of the total U.S. labor force. With almost half of the workforce being women, female employees aren’t exactly a rarity. For most women today, getting a job is an expected part of life. This is a big change from past decades. In 1900, fewer than 20% of women participated in the labor market while today the number is around 75% and growing.

2. Women make only 77.5 cents for every dollar that men earn. This figure comes from data on the 2003 census. Despite this gap, many economists feel that the gap between pay for men and women is due to different personal choices men and women make about personal fulfillment, child rearing and hours at work. Whichever you choose to believe, the reality is that the gap is slowly but surely closing as women become increasingly educated and dual income families become the norm, but this isn’t much consolation to those who feel discriminated against today.

3. The more education a woman has, the greater the disparity in her wages. This certainly doesn’t mean women should shy away from professional positions, but they should be aware that they may have to battle harder for equal pay. Women in professional specialty occupations were found to earn just 72.7% of what men in the same position earned, and women in upper level executive, administrative and managerial occupations earned even less at 72.3%. If you compare this against the average of 77.5%, the numbers speak for themselves, and this graphic from the New York Times makes it even easier to see.

4. Women may work longer to receive the promotions that provide access to higher pay. One example provided by the National Center for Education Statistics shows that women often have to work three years longer in a teaching position to be promoted to a principal than their male counterparts. Some studies suggest that this is because women and men adapt different strategies when it comes to management and pursuing promotions, yet other studies connect it less to work and more to gender-based biases.

5. Women business owners employ 35% more people than all the Fortune 500 companies combined. If you’re like most people, you don’t picture a woman when you think about a business owner. Yet there are about 9.1 million women-owned businesses in the U.S., a number that comprises nearly 40% of all businesses. The idea that women don’t make good managers just doesn’t hold up when you look at these kinds of numbers, with women managing a large number of employees and making healthy profits while doing so.

6. Women account for 46% of the labor force, but 59% of workers making less than $8 an hour. What does it mean? It means that many women are taking on jobs that pay well under a living wage. With nearly 16% of U.S. households having women who are divorced, widowed or never married as the sole providers, this leaves many women at a distinct disadvantage and struggling to make ends meet as they dominate jobs in low paying fields.

7. Only 53% of employers provide at least some replacement pay during periods of maternity leave. Despite the fact that the arrival of a child means extra bills and expenses, many employers don’t provide women with any benefits if they to leave work temporarily to have a child. While there is no law requiring companies to offer paid maternity leave, considering it is an issue that primarily affects women, it’s certainly a blow to their income potential and ability to care for their families and themselves.

8. Four in ten businesses worldwide have no women in senior management. This shouldn’t be a surprise given the way many countries feel about women in the workplace. Here in the United States, however, women still feel the stress of trying to break into upper management, with 93% of the 439 senior women executives surveyed by Korn/Ferry International in 1992 feeling that a glass ceiling for women still existed. Yet new studies report that women outnumber men as managers in fields like human resources, health administration and education–perhaps stemming from reports that many businesses have seen a direct financial impact from hiring women.

9. Women earned less than men in 99% of all occupations. In virtually every field that women choose to enter, they can expect to earn less over their lifetime than their male counterparts. This means that over 47 years of full-time work, this gap amounts to an estimated loss in wages for women of $700,000 for high school graduates, $1.2 million for college grads, and $2 million for professional school grads–a staggering amount.

10. Minority women fare the worst when it comes to equal pay. African-American women earn 64 cents to every dollar earned by white men and Hispanic women just 52 cents per dollar. Whether it’s attitudes about race or gender that are at play, it’s clear that something needs to be done to level the playing field.