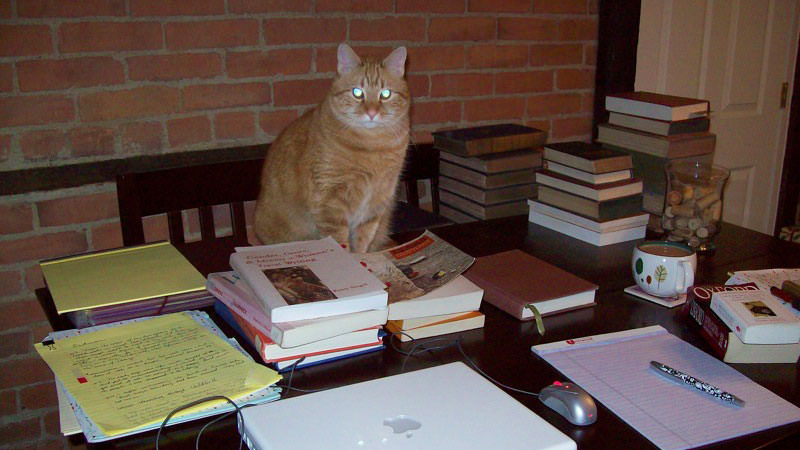 If you had to sum up your college research in one sentence, what would you say?

That is precisely the question asked by Lol My Thesis, a minimalistic online blog that posts one-sentence synopses of academic accomplishments as submitted by anonymous college students from across the U.S. (and beyond). And in good faith of all that is the internet, these scholarly one-liners are anything but self-patronizing.

The curt, often self-deprecating summaries of academic achievement found on the site provide an intriguingly accurate reflection of the times we now live in; a time in which Millennial college grads find themselves with massive student loan debt, over-educated yet peculiarly under-employed – or more probably, not employed at all.

Launched in December 2013 by Angela Frankel, a senior at Harvard College, the LMT blog has grown tremendously in less than a year. Frankel, who studies Human Developmental and Regenerative Biology, says she initially started the simple project “as a means of procrastination” from her own thesis, in which she researches the “regulation of second heart field progenitor cells in zebrafish.”

Or, as she posted on Lol My Thesis, “I have killed so many fish.”

The project’s been jokingly referred to as the TL;DR of college theses, and earlier this year, Frankel encountered an onslaught of media coverage after the blog went viral among undergraduates, and eventually, graduate and PhD students as well. As of today, a total of 2,640 submissions have been published, from as far away as Poland and Pakistan.

Here’s a quick sampling of the intellectual delights:

No one has any idea what the hell is going on, but it may or may not be motivated by religion.

This one part of some protein sometimes does a thing nobody thought it did, but only at -80 C and under high vacuum. Biological applications questionable.

If an orchestra wants to make money, it has to play the Miley Cyrus and Justin Bieber stuff of the classical music. Unless you are rich and important like BSO, SFO or NYP, then you can experiment with weird shit and people still buy your tickets – well, usually old people anyways.

Why did the samurai disembowel himself? To show that he had guts! But seriously, that pun has great symbolic meaning in Japanese.

I wanted to write about hipsters, but my major was in Medieval Studies, so instead I wrote 60 pages about beat poets.

With a sarcastic, jaded bite that perhaps runs prevalent among internet-age netizens, LMT can get admittedly depressing the longer you click the ‘random‘ button.

“The thesis writing process can be extremely isolating and produce a lot of self-doubt along the way,” Frankel told USA Today. “You work on one project for so long and oftentimes people speak with their advisers fairly infrequently. You may feel you’re behind or that your project is not living up to others. On the blog, you see other people are experiencing similar challenges or having similar doubts.”

Although, perhaps “doubts” is an understatement.