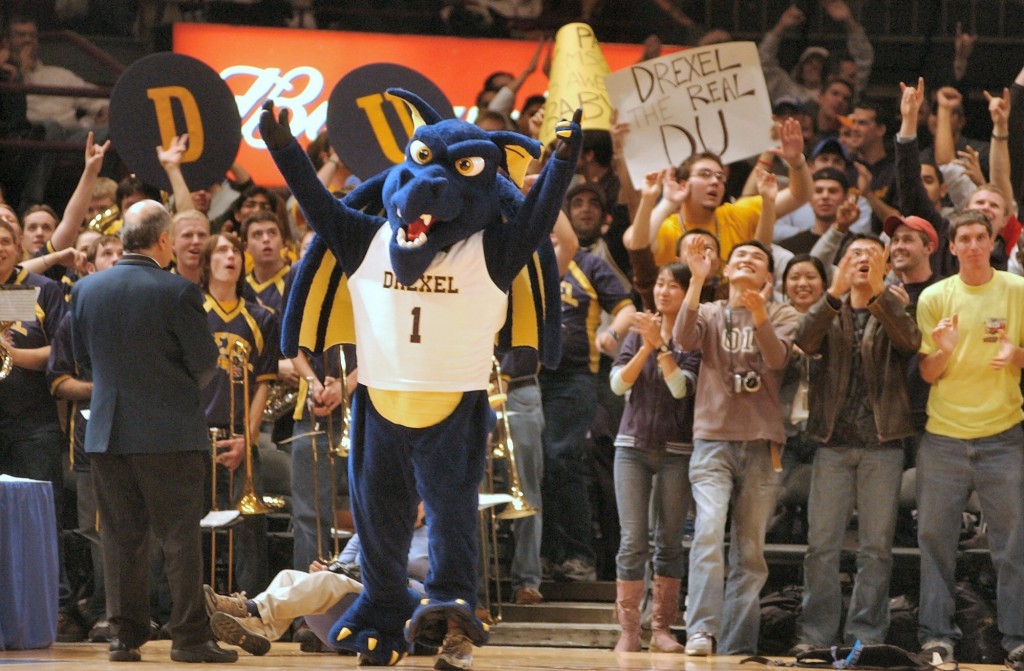 A mascot is a source of pride for a school. A unifying symbol that everyone can get behind.

So, it is little wonder why  I was left uninspired when I discovered what my school (Irvine Valley College) calls ourselves. The Lasers. I have yet to see a quirky cartoon or funny mascot for such a name, but what a relief next year when University of California Irvine’s Peter the Anteater is my cheering buddy.

But surely there are mascots more unusual than “the Lasers” or “Anteaters”, those that fall outside the realm of lions, eagles, and bulldogs.Not a definitive list, but here’s something to get you grateful for whatever your school came up with:

Although the official mascot is the “Statesman”, the Fighting Okra grew out of a collective student frustration that their mascot wasn’t intimidating enough to competing athletic teams. And if he wasn’t already badass , Mr.Okra made a special appearance on a Food Network’s “Okraphobia” episode, where he promoted the cooking and eating of his own kind. Mean, green, and good for you. 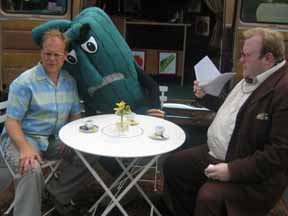 You can either take a dragon and make it kick ass, or go the softer, more caring route a la Puff the Magic Dragon. Well, mischievous  Mario the Dragon didn’t like the look of Puff, and left him a crying, bloodied pulp. It’s not that he’s prone to violence, but with the adrenaline pumping after a rousing Drexel basketball game… 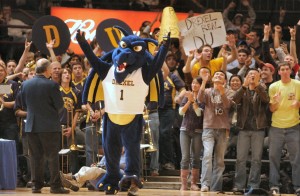 Scottsdale Community College’s “The Artichokes or “Artie the Artichoke”

Oh yes, another vegetable.And another one spurned out of students in collective anger.When will they learn?!

It was the 1970s. Students at Scottsdale Community College were feeling ignored amidst a situation that left out-of -state athletes and the athletic department rich, while the academics lacked comparable funding.

So they reacted through a democratic process, proceeding to vote on a new and intentionally ridiculous “the Artichokes”. At first you laugh or grimace, but with choices like “the Rutabagas” or “the Scoundrels”, who’s to blame them? 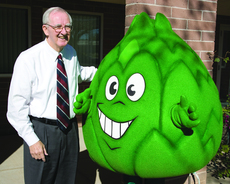 Leave it to the Midwesterners to pay homage to their roots through the grass that gave their earliest students jobs in between football season.

Coined as early as 1904, the Shockers are represented by  ” a big, bad, muscle-bound bundle of wheat ” and surprisingly this looks even cooler than Mario the Dragon. Sure, WuShock looks like a wrinkled Simpsons character if you squint, but at least this university didn’t make their absurd mascot look so smiley (here’s looking at you, Artie). WuShock is just the character to scare or confuse opposing sports teams enough that the Shockers have an advantage.

Rhode Island School of Design’s “Scrotie” or “the Nads”

No. Please, don’t make me search for “Scrotie” on Google.

Surprisingly, nothing unscrupulous popped up.Instead, I was inundated with pictures of a goofy man in a penis costume.Not the worst in the spectrum of possibilities, right?

To clarify, this mascot is a much beloved but still very unofficial mascot of RISD.You see, this all started with a basketball team and an ice hockey team dubbed “the Nads”(as in “Go Nads” at these sporting events). The basketball team later re-christened themselves “the Balls” for variety, and even later the whole athletic naming devolved (or evolved) into a character created for pumping up crowds at ice hockey games: Scrotie. He even has a shiny red cape. 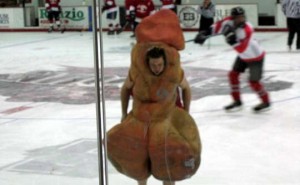 I wish you didn’t have to see that.

After Scrotie, you should be desensitized enough to college stupidity that Keggy “the anthropomorphic beer keg” isn’t such a shock to you. He invokes a cherished student pastime with a wide, slightly psychotic smile.

Humor magazine The Dartmouth Jack-O-Lantern debuted Keggy in 2003, when the college was on the search for a mascot. Votes were set up, but with no clear winner, Keggy the Keg became the student’s choice and unofficial mascot for the Ivy League institution.

And he’s gone on to greater things, with a streak of fame that led him onto appearances from places like  ESPN’s “Pardon the Interruption ” to a highlight in Playboy.

Just get him to blink or something. That stare is creeping me out. 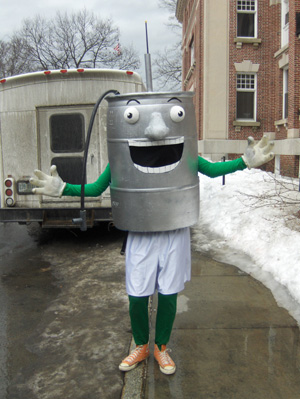 California has a long list of really,really weird mascots ( the banana slugs and  anteaters, just to name a few), but none top the creepiness factor  of Matty the Matador.

It’s like Matty is half brothers with this guy: And cousins with him:

Hands down, Matty wins in the scariness department.His Botox-victim smile and bulging green eyes make me want to either stab him to save my soul or run the hell away.

Unless Gladys the Fighting Squirrel  has rabies or is chewing on my jugular, I’m not frightened in the least. And that’s a good note to end on, with a mascot that was chosen for its  ” industriousness, trustworthiness, and preparation for the future”.  With her chubby cheeks and cheery disposition, Gladys reminds you of a woodland grandma.

Any stranger ones I left off? Does your school have an endearing or weird mascot? Which one of these was your favorite?