Home » 11 Hardest Jobs to Get in America

11 Hardest Jobs to Get in America 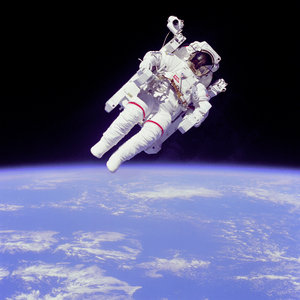 From Astronauts and Astronomers… to Private Cooks and the President… here is a look at the 11 hardest jobs in America to land. The chances of giving birth to twins, dating a supermodel and winning an Oscar are all greater than getting any of these careers.

What they do: Astronauts are highly trained personnel that command, pilot or operate a spacecraft to uncover the universe. Military jet test piloting and engineering training are cited as prerequisites for selection as an astronaut at NASA. NASA astronauts go through a 20-month training process that includes high performance jet training and extra-vehicular training (buoyancy and weightlessness training) to prepare them for jet-setting to the “great beyond.”

Why the job is hard to come by: Looks like most people will not be heading to the moon anytime soon as chances of becoming an astronaut: 12,100,000 to 1. NASA hires a fleet of about a dozen astronauts each year. Compare that figure to the number of management positions that open up annually—around 150,000—and you can get a sense of how competitive this field is. Plus, potential NASA candidates don’t even have a chance at becoming a team member until they have years of experience under their belt…The average age of a candidate is 36 years old.

What they do: Afraid of flying but still love gazing at stars and learning about infinity and beyond? Well astronomy might be for you. Astronomers are scientists who study celestial bodies such as planets, stars and galaxies. These researchers observe, measure, interpret and develop theories to explain extraterrestrial activity using intricate mathematics. Similar to astronauts, this profession requires extensive study. Most astronomers have obtained a PhD in physics or astronomy and are employed by the federal government, universities or scientific research firms.

Why the job is hard to come by: According to the Occupational Supply and Demand chart supplied by the U.S. Department of Labor, there are only 50 openings a year in this field—and only 1,280 practicing astronomers documented. With the combination of the small number of openings per year and the brainpower needed for this profession, you can see why astronomers top the list of hardest jobs to get.

What they do: On the opposite spectrum of brainpower are models. Contrary to astronomers who utilize their brainpower, these buxom professionals are defined by their outer beauty. Models showcase apparel and garments to prospective buyers at fashion shows, private showings, and retail outlets, as well as for advertising and artistic expression.

Why the job is hard to come by: According to the Bureau of Labor Statistics, only 1,660 individuals are professional models and only 80 high-profile careers in this field open up a year. Models are literally and figuratively “starving artists” as there is an extremely small pool of people that hit the bit time in modeling.

Why this job is hard to come by: Want to become a professional referee? Chances of making this profession a career is even more unlikely than becoming a professional athlete. The recruitment process for this position is extremely grueling as candidates have to go through introspective psychological tests. Plus there are only 1,980 people are employed in this field—so opportunities in this field are few and far between.

What they do: Private household cooks plan menus and prepare meals in private homes based on the recipes or tastes of their employer—who are often high-society pro sports figures, models and entertainers. Professional cooks often have a specialty such as cooking for families or health-conscious individuals and have a seasoned background in the culinary industry.

Why the job is hard to come by: Though finding a career as a chef in a restaurant may be fairly easy to come by, this is not the case for private cooks. The Occupational Supply and Demand System forecasts only 180 openings from 2006-2016 in this profession and there are currently only 980 cooks dicin’ up their culinary specialties in private homes.

What they do: If you are a number-crunching brainiac, then this career is for you. This career forces individuals to reduce raw data into meaningful information by applying standardized mathematical formulas, principles and methodology to problems in engineering and physical sciences. AKA—Mathematical Technicians translate numbers into tables, graphs and correlate finding to daily life.

Why the job is hard to come by:  The Bureau of Labor Statistics reports that there are only 1,100 mathematical technicians in America, and only 40 openings for this position in the next few years. With the small window of opportunity, plus the necessity for idiot savant-like intelligence, this job tops the list of hardest jobs to come by.

PRESIDENT OF THE UNITED STATES

Why this job is competitive:  Despite having a skeleton-free closet, an unfettered sense of confidence and pools of adoring supporters, there are age and residency requirements for becoming the president of the United States—which eliminates a lot of potential candidates for the position. Presidential candidates must be a natural-born U.S. Citizen, over 35 years old and must be in 14 years to be president. Plus: experience is a must with this position as most Presidential candidates have a rich history in the political sphere as lawyers, senators and activists.

What they do: Take great care of your teeth, because if you lose them you will need a Prosthodontist… and you might have trouble finding one. One of nine dental specialties recognized by the American Dental Association, Prosthodontists make dentures, crowns and bridges. This profession is extremely specialized—as there are only 370 people who specialize in this type of implant, esthetic and reconstructive dentistry.

Why the job is hard to come by: The combination of educational requirements and the supply of people in Prosthodontics makes this position extremely rare. According to the Bureau of Labor Statistics, there are only 30 openings expected between 2006 and 2016, making this the hardest profession to get into on the list. In addition, becoming a Prosthodontist requires an additional three years of postgraduate specialty training after obtaining a Doctor of Dental Surgery or DMD Doctor of Dental Medicine degree… That’s 23 years of schooling!

What they do: A Geographer is a scientist whose area of study is geography, the study of earth’s physical environment and human habitat. Geographers identify, analyze and interpret the distribution and arrangement of features of the earth’s surface, while also studying climate and ecological patterns of certain areas. Geographers often specialize in cartography (map making), climatology and ecology—all jobs that are rare to come by.

Why these jobs are hard to come by: Similar to Astronomers and Mathematical Technicians, this profession requires extensive study and natural brainpower. In addition to its inherent qualifications, there are only 40 openings annually for this profession (Occupational Supply and Demand System). Plus, the pool of practicing geographers is extremely small too: at only 1,100 people.

What they do: These professionals enforce fire regulations and inspect for forest-fire hazards. They also report forest fires and weather conditions.

Why these jobs are hard to come by: According to the Bureau of Labor Statistics there is only a projected need of 38 Forest Fire Specialist between (2006 and 2016). Plus, individuals in this field are almost solely employed by the government, so there is a rigorous screening and selection process for this career. With only 1,800 people in this profession to-date, you can see why Forest Fire Inspectors make the list of hardest jobs to land.

* The list was compiled by data-crunching the projected annual average job openings from 2006 through 2016, as estimated by the Bureau of Labor Statistics (http://www.bls.gov), the number of employed persons in the field and the percentage of growth rate.

This article was contributed by Rasmussen College. Find this article and similar articles here.