Interview: Wyatt Jozwowski, An Internet Marketing Whizz-Kid And Founder Of The CloudPBN Platform 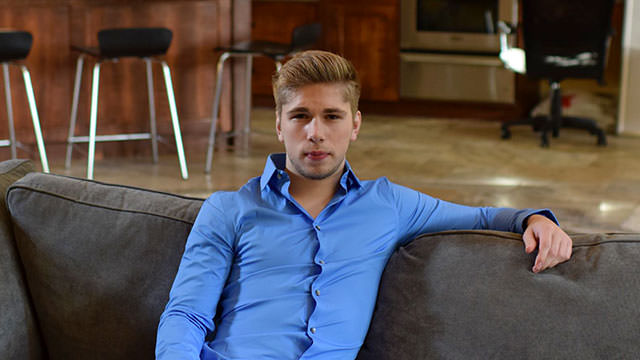 Below is an exclusive CollegeTimes interview with Wyatt Jozwowski, an internet marketer who’s had an early start in the industry as a teenager. Over the last several years he has been known for his various digital marketing-related products including SEO Zen, ClickBank Atlas, and Video Vantage, as well as his long-time involvement with the Black Hat World forum. Recently, he launched a service called CloudPBN, a content marketing platform that helps websites generate backlinks, using a somewhat controversial strategy known as a private blog network (PBN).

So, briefly, where are you from and how did you get into internet marketing? I came across this interview you did as a 17-year old about your then-product ClickBank Atlas while you were still in high school – early start, huh?

I’m originally from a little town in Wisconsin; I moved to Atlanta when I was 14 right before high school started for me. As for internet marketing, I’ve always been interested the idea of it. I started with iPhone apps and selling on eBay but quickly progressed into online product creation. At the time of the (MikeFromMaine.com) interview, I had already dropped out of high school to pursue my entrepreneurial path.

Was dropping out of school a scary prospect for you at the time? Will you attend college? Do you have any significant business mentors, or any big influences in your life as far as your business mindset?

Dropping out of school was a bit scary at the time, but I knew that it wasn’t going to help me reach my goals. I made a decision and stuck with it. As of right now, I’m 18 years old; since I’ve dropped out of high school, the majority of my time has been spent focusing on my business. I don’t plan on attending college. Yes, of course my business mindset is influenced by those in my life; I try my best to surround myself with likeminded individuals and those who have what I want.

You’ve had a number of “affiliate” products over the years. Some critics of online affiliate marketers claim that they are only in the business for quick windfall profits propelled by hype, and that they don’t stick around for long after a product’s popularity wears off. How would you respond to that, especially in regard to your latest product, CloudPBN?

To be exact, I have 3 so called “affiliate” products. One of which was an eBook. The last software that I launched with old partners was “Video Vantage”. What I learned from this product was to never work with multiple partners on a launch. The product was brought to Devin and I – and we weren’t in charge with Development. Therefore, when the product launched, Google released an [algorithm] update quickly after and there was nothing we could do about it. How would I respond to that in regards to Cloud PBN? Well, considering Cloud PBN has only been live for a few days — the only thing that I can really comment on is my future plans. After launch week, the price is increasing to a monthly fee, and we will continue to add new features. Our plan (Me and the Development team) is to take this software to the next level and possibly relaunch down the road.

The SEO and “internet marketing” communities are notoriously skeptical, and sometimes seem to expect perfection. In the past week since you launched CloudPBN, a few blogger types have already accused you of things like “poor security” or simply replicating a free tool, i.e. MainWP, to make your product. In a world full of “experts” and “gurus” which of the criticism do you think is warranted, and which of it is simple jealously?

I prefer to not really go into detail about this; I don’t want to talk about any bloggers. With that being said, there hasn’t been any [CloudPBN] security issues. There was one footprint issue which we fixed 48 hours after launching – which I believe says something about our team. We work fast. We have a lot more features that are targeted specifically for PBN’s unlike MainWP. I could give you hundreds of positive testimonials that I’ve received in the past 72 hours… or, you could point out the few people that would like to talk the product down in order to self promote. However, whenever there is a launch of this size, it’s easy to get attention by talking [negatively] about the product – for obvious reasons. The same reason people blog about the iPhone when it’s released each year… it generates traffic.

Last month was Google’s 10 year anniversary. For years now, it seems the “authority” sites of the web have been determined: Facebook, YouTube, New York Times, etc. and its becoming harder and harder to perform traditional SEO and link-building, especially for small businesses, as webmasters wise up to competition and Google cracks down on over-optimization. Why is having a private blog network (PBN) such an effective alternative?

Authority does play a big role, which is why PBN’s work so great. To summarize, we’re picking up expired/aged or deleted domains that have some existing “authority”. Then, when we rebuild these sites and pass link juice to our “money” sites, it passes along that authority and trust. Instead of getting links from sites like the New York Times, we’re basically taking complete control with a private blog network. We’re setting up these powerful domains (that we’re in control of) and linking them to our money sites. It’s all about control. A smaller agency could take control, build their own PBN’s, and outrank/compete with their competition.

I believe you’ve been active on Warrior Forum for a while, correct? What other communities or resources would you recommend to newbie marketers looking to learn more about internet marketing products and strategies or to network with other like-minded individuals?

I haven’t really been active on Warrior Forum. However, I did get started on Blackhatworld.com, and I think it’s a great community. I would recommend it to anyone looking to get started with internet marketing. I [also] recently started my own brand/community called Drip Apps (search engine optimization & automation). You can learn more about what I teach at DripApps.com.

7. At what point would you consider yourself to have truly “made it” in internet marketing? Or have you already? What other careers or industries might you consider in the future? Lastly, what is the most important thing that people should know before trying to make money on the web?

There is still a TON of room for growth. Internet marketing is a very general term; what I do is just a small part of IM. In the future, I’d like to have my own large-scale software company – software that isn’t directly related to internet marketing.

The only advice that I would have for people who want to make money on the web would be to just take action and stay committed. The only real way to have success is to test yourself and find out what works.

5 Comments on “Interview: Wyatt Jozwowski, An Internet Marketing Whizz-Kid And Founder Of The CloudPBN Platform”  (RSS)