Change MAC Address: Use Public WiFi Signals Without Any Limits, Not To Mention Serious Privacy Benefits 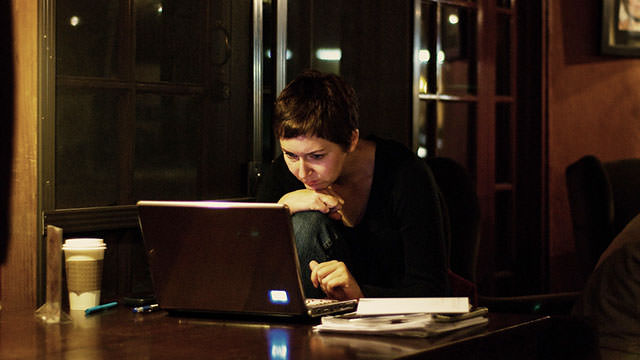 Chances are, you’ve heard of an IP address before.

But in the vast world of computing, have you ever heard of a MAC address?

Knowing the difference between the two could mean protecting your privacy from governments, corporations, and would-be snoopers – or, you know… maybe just getting a few more hours of free WiFi down at your local coffee shop.

While IP addresses are dynamic, ever-changing numbers temporarily assigned to your home or computer by an internet service provider (ISP), a MAC address is a permanent ID number used to identify a device’s network interface card (NIC).

Did you catch that? While IP addresses change often, MAC addresses don’t ever change. That is why they are often called a burned-in address (BIA), an ethernet hardware address (EHA), or simply a “physical” address, because they are literally assigned and stamped into your network card by whichever company manufactured your hardware.

Here’s a quick rundown for nerds in the room:

MAC addresses are formed according to the rules of one of three numbering name spaces managed by the Institute of Electrical and Electronics Engineers (IEEE): MAC-48, EUI-48, and EUI-64. The IEEE claims trademarks on the names EUI-48 and EUI-64, in which EUI is an abbreviation for Extended Unique Identifier. The standard (IEEE 802) format for printing MAC-48 addresses in human-friendly form is six groups of two hexadecimal digits, separated by hyphens (-) or colons (:), in transmission order (e.g. 01-23-45-67-89-ab or 01:23:45:67:89:ab ). This form is also commonly used for EUI-64. Another convention used by networking equipment uses three groups of four hexadecimal digits separated by dots (.) (e.g. 0123.4567.89ab ), again in transmission order.

Similar with IPv4 – the original version of IP addresses – MAC addresses assigned at the 48-bit level are predicted to run out by the year 2100. So, just as IPv6 was launched for IP addresses, we now have 64-bit MAC addresses for computer networking hardware. And whether you are using ethernet (LAN) networks, WiFi signals, or even Bluetooth, chances are that any device you buy from now on will have a unique EUI-64 code(s).

The Danger Of Physical Identifiers

“Okay, so what’s the big deal?” you may be thinking. For many consumers, privacy is increasingly a negligible issue. From personal photos, to birthdays, to family relationships, more and more information continues to be documented online.

In the case of MAC addresses, however, you are being physically tracked.

Not only are government entities tracking your MAC address everywhere you go, but several private corporations are tracking you too – in an organized effort to create a unique marketing profile of millions of individuals.

In an August 2014 interview with Edward Snowden, journalist James Bamford confirmed that the NSA actively tracks millions of people around the globe by way of MAC addresses, a revelation that had first popped up earlier in several blogs and newspapers. In other words, even if your laptop moves from a Starbucks WiFi signal to an office ethernet port, government and some corporate players can see exactly where you are at any given time, based solely on your computer’s physical MAC address.

In June 2014, Apple made a controversial announcement they would begin implementing randomized MAC addresses into all new iOS (8) devices going forward, in an effort to anonymize the identity of WiFi users using Apple products. Still, this has created even more questions for consumers: is Apple simply pushing marketers toward their new iBeacon technology, which is simply an Apple-controlled version of “physical” addresses using Bluetooth technology? Even if WiFi MAC addresses are randomized, what about ethernet (LAN) connections, Bluetooth devices, and beyond?

During the next several years, randomized MAC addresses will hopefully become more common in an effort to protect the privacy of internet users. However, such widespread implementation is still only a pipedream, and in the meanwhile there are only 2 ways to realistically change (or “hide”) your physical MAC address:

1. Switch to a completely different physical device
2. Use a software application (or system hack) to “spoof” your real MAC address

Determining your “real” MAC address is extremely easy on most devices. On Microsoft Windows, open the Command Prompt and simply enter either of the following:

On any computer running OSX, you can open Terminal and enter the following:

On any Linux distro, it’s nearly the same. Open Terminal and enter the following:

Without further ado, the below software applications can be used to “spoof” or change your MAC address to appear to be different from your “real” MAC address. And while there are nerdier ways to go about this (see HowToGeek), the typical consumer only has one real reason to change their MAC address: longer (or free) WiFi sessions!

So, the next time you’re at an airport or coffee shop and get booted off the free WiFi signal after only 30 minutes, try clearing your browser’s cookies and temporary files, and using one of these methods to spoof your MAC address. Of course, courtesy would have you first make sure there’s not a queue of 25 patrons waiting to sit down… but I suppose social etiquette should be saved for another article…

Note: Spoofing your MAC address is not illegal. However, it can technically be used to perform illegal acts. Please check the laws in your jurisdiction, as well as the Terms of Service for any network you are using, before attempting any of these methods.

3 Comments on “Change MAC Address: Use Public WiFi Signals Without Any Limits, Not To Mention Serious Privacy Benefits”  (RSS)