Home » Push For Pizza: The App Started By Five New York Teenagers That Does Only One Thing – And Does It Well

Push For Pizza: The App Started By Five New York Teenagers That Does Only One Thing – And Does It Well 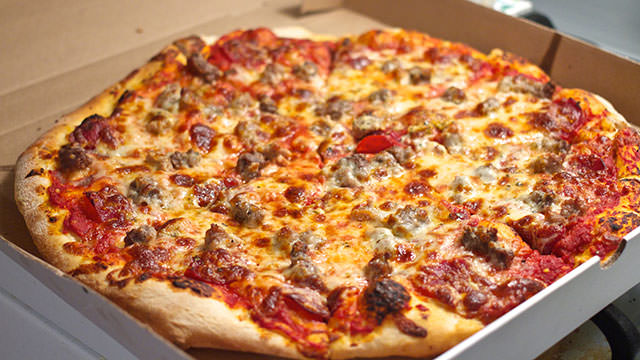 It’s been called the “Yo for food delivery” and claims to be the “Uber for pizza” – but one thing is for sure, their teaser video on YouTube is pretty awesome.

Meet Push For Pizza, the currently iPhone-only app made by five 19-year-olds (two being college dropouts) from Brooklyn, New York, that aims to make ordering pizza delivery as easy as a single “tap” on your smartphone screen.

Instead of having a wide variety of menu options, ‘Push’ users choose simply from either Cheese or Pepperoni pizza from local pizzerias – no large franchises i.e. Dominos or Pizza Hut are currently listed in their system, however. For the more adventurous, you can let the app choose a random (or the cheapest) restaurant location nearby.

During installation, the app asks for credit card information and delivery address, never to be filled out again (unless you move). Pizza and delivery costs – even tips – are included automatically at the time of order, making the process of ordering pizza pretty much as stripped down as possible for students, stoners, and beyond.

Simple as it may be, it took five months to develop the app for the team of teens. The idea started as a simple web app called “Pizza Button,” coded by Will Haack and Graham Carling. They brought in childhood friend Maximillian Hellerstein, who helped to shape the consumer-facing app with Cyrus Summerlin while the programmers (joined by another teen, Demitri Nava) completed the backend work, which is built on top of Ordr.in’s ordering APIs.

As quoted by TechCrunch, despite the app’s admittedly tongue-in-cheek marketing and “dumb but convenient” service, it actually has massive, national reach from the beginning because of their leverage of an open API released by Delivery.com. And with the creators receiving a small percentage of every pizza sale, increased usage of the app – joke or not – could result in some serious revenue for the teens.

Hellerstein told Valleywag’s Sam Biddle they’d probably part with the app immediately for $1 million, though in the meanwhile they are hoping to launch spinoff apps focused on other types of food. It’s not the first venture for the youngsters.

P.S. Is it just me, or does co-founder Cyrus Summerlin look like Macaulay Culkin?

No Comments on “Push For Pizza: The App Started By Five New York Teenagers That Does Only One Thing – And Does It Well”  (RSS)