Home » Wantrepreneurs: The Difference Between Wannabe Entrepreneurs And Those Who Have A Real Plan

Wantrepreneurs: The Difference Between Wannabe Entrepreneurs And Those Who Have A Real Plan 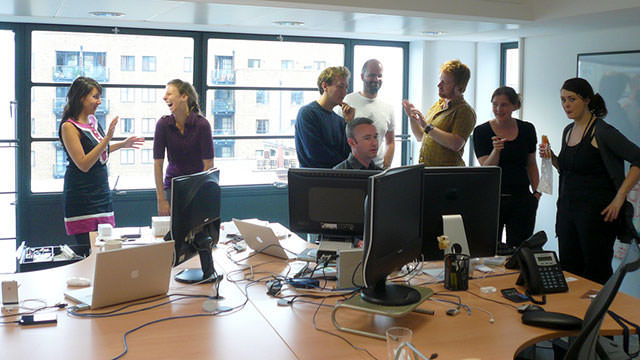 These days, it seems everyone’s an entrepreneur or guru of some sort.

Online tools like website builders or social media handles, paired with traditional favorites like business cards, are deliciously tempting ways for would-be entrepreneurs to feel like they are making progress in whatever business niche they aim to fill.

Unfortunately, none of these shallow, flashy tools have any real substance, as they neither measure any level of progress nor accomplish any real business validation. In short, the “wantrepreneur” is an epidemic of the digital age like never before seen in history.

The Allure Of ‘Playing’ Business

Truthfully, its not surprising that so many wantrepreneurs exist these days. With colleges doing NOTHING to prepare students for the real world, and success stories of overnight billionaires like Mark Zuckerberg being overplayed until our ears bleed, it is no wonder that so many ambitious young people are desperate to try their luck at making a business, despite having no clue where to begin or how to proceed. (Mix in high unemployment rates and a work force that is increasingly made of up interchangeable freelancers and agencies, and this perfect storm of non-expert “experts” becomes quite pitiful.)

Here are some common misconceptions (excuses) made by wantrepreneurs:

Chances are, if you’ve ever tried starting a business – especially a digital one – you’ve either believed one these excuses before or heard others say them before. And that’s exactly the problem: when fresh-to-market entrepreneurs hear “advice” from other wantrepreneurs in their industry, these rumors and bullsh*t stories get circulated so many times that throngs of up-and-coming people think they hold merit.

How I ‘Played’ Business – And Failed

One year out of college, I came across a few studies on the growth of eCommerce and internet technology around the world. At the top of the list sat Vietnam, which was (and still is) experiencing massive growth in its number of internet users.

On a whim (as usual) and with passive income from my other projects supporting me at the time, I got on a plane a few days later and moved to Hanoi, picked up a “visa on arrival” in the airport, and got a local real estate agent to find me an apartment.

My theory at the time was “my online income is the same no matter where I live, so I might as well live in a cheap place, see the world, and try my hand at a local startup project in my spare time”… or something along those lines.

When I arrived to Vietnam, do you think I carefully researched the market, found a niche, checked out the competition, validated a business idea, or ran any tests? Hell no! I went straight for the big leagues, baby – and launched a social network.

A buddy of mine from college was working at SocialEngine at the time and suggested that I check out their software. Impressed, I threw together a server, customized the design, and for literally penny-per-click Facebook ads, I started getting thousands of users to join the community from across Southeast Asia and beyond.

The site grew fast – too fast. At the time, most web servers were still fairly expensive to scale, and the under-performing server I was renting kept crashing and driving new members away. Once again, I didn’t really know what my plan was. Instead of backing off, creating a business plan, or perhaps finding some partners, I spent much of my savings simply driving more and more traffic to my new community. My mornings were spent doing aggressive SEO, and my evenings were spent passing out flyers and business cards to young Vietnamese and hosting the occasional dinner party.

Then, one day, while sitting in a downtown Lotteria in Hanoi – the Asian copycat franchise of McDonald’s restaurants – I came across an American woman whose husband was a diplomat at the U.S. Embassy. She asked what I was doing in Hanoi. When I explained, she looked at me with an expression on her face as though she wanted to slap me, and – I’m paraphrasing – said, “Do you realize, you are lucky that nobody has confronted you yet about running a ‘business’ in Hanoi? If you do want to setup a legitimate company here, they’ll have you jump through 10 different hoops, pay off a handful of different offices, and in the end, your company still won’t be approved.”

Despite having a rather decent concept – and even a high amount of interest from “customers” – there I was, with no foreseeable revenue streams from this project, skyrocketing maintenance costs, no business partners or strategic plan, all the while only obsessing over SEO tactics and adding new (broken) features to the site instead of addressing the overall health of the business, and now I was being told by an American diplomat’s wife that I was a total retard. Plus, I could have setup AND marketed the entire website without ever moving to Vietnam.

But at least it feels pretty awesome to throw up pictures on Facebook… right?

There are many key differences between true entrepreneurs and wantrepreneurs. For starters, wantrepreneurs always seem to make excuses for their lack of success, and never seem to learn from their past failures – instead often pretending they are successful, or simply trying to forget their failed attempts.

1. Don’t Obsess Over Ideas. The first step to creating a business is to come up with an idea to fill a certain niche, or to satisfy a demand for a certain product or service. Your idea doesn’t need to be unique or top secret. It DOES need to provide value for customers in a certain market – and what matters more than your actual idea is how you execute the following steps. Walmart copied Kmart – but guess who won in the end? Learn to sell your business by offering honest, quality solutions to problems, not by relying on manipulation, laziness, or other shallow approaches.

2. Don’t Obsess Over Funding. Money is clearly an important part of getting a startup off the ground, no doubt. But don’t believe for a second that without venture capital or “angel investors” your project can not proceed or succeed. Whether you have to eat ramen noodles for a few months, or live out of a cardboard box, there are always ways to save cash. As soon as you’ve validated your business idea, finding potential partners or investors becomes easier – OR, profits may even begin to flow.

3. Don’t Obsess Over Perfection. Getting feedback from your audience early and often is key. Before dumping huge amounts of time and money into a project, validate the concept with a basic prototype or working model – even if its super ugly or doesn’t work 100% properly yet. This also means you shouldn’t put together “a team” or wait for technical aspects of your business to be in place before you seek feedback.

4. Don’t Obsess Over Your Image. Wantrepreneurs crave attention and recognition, while serious entrepreneurs don’t give a sh*t what other people think – they are too busy working on their business! Fancy logos, business cards, social media profiles, and selfies don’t typically boost your bottom line, after all. (Nor do an endless onslaught of “coffee meetings” with people to make yourself feel busy and important.) As a sidenote, stop trolling your favorite “idols” and investors on Twitter. Get to work!

“Real entrepreneurs do what they say they’re going to do, wannabes ask about it and have tons and tons of coffee meetings.” – Brian Wong

5. Don’t Obsess Over Features. One of the most common things that new startups do when they don’t see much growth or interest is they rapidly try out more and more features. For restaurants, this may present itself as an overly large menu. For websites, this may come in the form of large amounts of tools and resources. STOP. Simplify your business model to focus on a SINGLE solution to a problem, and only after it is successful should you think about new features. Focus on your customers’ needs.

“One of the huge mistakes people make is that they try to force an interest on themselves. You don’t choose your passions; your passions choose you.” – Jeff Bezos

6. Passion Before Profits. Always focus on your passion, and adding value to the world in regard to that passion, rather than just “making money.” While its true that getting too emotional about your business is sometimes detrimental, ultimately its your passion for a certain niche that keeps you going during tough times. Knowing what your true passion is vs. the passion you pretend to have is extremely important. Ultimately, if you build a quality product or service that brings value to your niche, the money will inevitably come.

7. Don’t Be Afraid Of Failure. By far the most important one, as echoed by countless successful people. Wantrepreneurs think that attending a few conferences or buying a few books or webinars is all it takes, and then become completely immobilized when failure hits them. J. K. Rowling, the author of Harry Potter, was rejected 12 separate times when she first pitched her children’s book series, which eventually saw world record sales figures. Likewise, game developer Rovio created 52 different apps before finally hitting the jackpot with Angry Birds. You simply can not learn without failing, so fail as much and as often as possible. It is not an embarassment; it is an experiment.

One Comment on “Wantrepreneurs: The Difference Between Wannabe Entrepreneurs And Those Who Have A Real Plan”  (RSS)