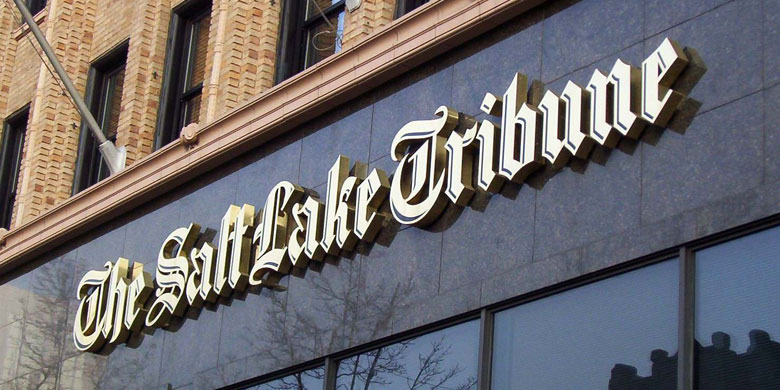 Brian Maffly, a staff writer working for the Salt Lake Tribune, is being accused of false reporting by the CollegeTimes student reviews website.

Editor’s Note: This article was first published as a press release to PRWeb.com on September 6, 2012. However, Neumont University’s legal team apparently threatened PRWeb and Yahoo News, who subsequently took down the release. The current version of this article has been mildly re-written for readability.

According to CollegeTimes, Maffly requested an email interview via their former web hosting provider Little Bizzy LLC, in regard to Case No. 2:12-cv-01395-GMN-PAL filed in the US District Court of Nevada. The lawsuit, filed in Las Vegas by Neumont University, a for-profit and regionally-unaccredited institution incorporated in Delaware, seeks an injunction against the CollegeTimes website, along with financial damages caused by negative student reviews that appear on the website.

CollegeTimes editors, who are refusing to accept Neumont’s demands, claim they replied in full to Maffly’s emailed questions, and are now accusing the reporter to have “not only withheld the true content of the interview, but also to have betrayed journalistic integrity by choosing to take statements from Neumont University’s CEO, Edward Levine, at face value, rather than conducting objective research.”

The Tribune article in question claims to have been a direct exchange with Jesse Nickles, founder of Little Bizzy LLC, a Nevada-based web hosting company, and defendant in the lawsuit filed by Neumont University. But according to CollegeTimes, the email interview was in fact conducted with their multi-member editorial team.

Update 9/8/2012: The CollegeTimes team and multiple other Utah residents attempted to leave comments on the Tribune article detailing their rather negative views of Neumont University and questioning the true intentions of the Tribune article. Nearly all such comments were immediately deleted by Tribune staff.

In reaction to the article on the Salt Lake Tribune website, Nickles said that he was “not surprised at all” and called the move an “assisted disinformation campaign on the part of Neumont University and their gang of bullies.” He added, “It’s the modus operandi for all scam schools in America. Mr. Levine has even sent private detectives out to harass my family members on multiple occasions. I truly don’t understand how these institutions are still legal in this country.”

Neumont, founded in 2003 by a group of Mormon business partners, has been at the center of dozens of complaints posted on the internet, including postings that appear on the Neumont University profile of the CollegeTimes website, which claim the university has not only mislead students about being regionally accredited, but also that the school has forced them to buy $3,000 laptops without reason, among other grievances.

Maffly’s article also claims that CollegeTimes has blocked access to an Ogden, Utah campus profile of Stevens-Henager College, another for-profit institution, despite the profile being clearly accessible for several years prior to Maffly’s article. CollegeTimes responded, saying that, “…the Tribune seems to enjoy casting doubt on the ability of our team to treat all schools fairly. No such missing or blocked [Stevens-Henager] page has ever existed on the CollegeTimes database, which we clearly communicated to Mr. Maffly, who apparently chose to blatantly ignore the information.”

The lawsuit, and ongoing public exchange of accusations, come at an inopportune time for CEO Levine, who is currently seeking approval for a Neumont campus in Massachusetts after being rejected by the state government of Rhode Island.

Maffly: How is the college review section moderated?

CT: Students are welcome to leave honest reviews of their school. Individuals that have never attended a given school are not welcome to leave reviews for that school. We request that nobody post more than one review for each school. We also request that school faculty, employees, or contractors do not leave reviews for any school at any time. If we come across a review that is believed to be from one of these unacceptable sources, our team aims to remove it.

Maffly: Neumont claims RateMyCollege is painting a distorted picture of the school by allowing only negative posts. They allege there are many current students who have attempted to post positive statements. What is your response?

CT: We have treated Neumont University no differently from the other 15,000+ schools in our database. By their own admission within their lawsuit complaint against the hosting provider Little Bizzy LLC, Neumont instructed their own employees and/or marketing contractors to leave non-student reviews on our website. This goes directly against the guidelines of our website. The reputation Neumont maintains on our website is rather similar with the reputation they maintain on other internet forums including Yahoo Answers, RipOffReport.com, and CollegeConfidential.com. The only reason they are targeting our website more aggressively is because of our strong rankings on the Google search engine for terms related to their company.

Maffly: Did you take down positive posts, and if so why?

Maffly: Are you blocking those offering positive reviews, and if so why?

Maffly: What is the basis for site’s warning attached to the Neumont?

CT: As explained on our website, our team reserves the right to issue an editorial warning that encourages students to avoid schools in the United States that are regionally unaccredited.

Maffly: Neumont is alleging you are trying to extort universities to buy the collegetimes URL. Any response?

CT: We have no idea where they came up with this. A signed letter from Edward Levine was sent to the hosting company Little Bizzy LLC offering to purchase the website, and in response he was engaged in a dialogue that quickly escalated to legal threats. Edward Levine attempted to bribe CollegeTimes to remove negative student reviews of his school, and when that didn’t work, he decided to concoct an illegitimate lawsuit complaint. As with most other internet start-up companies, we remain open to all offers of investment, partnership, or acquisition, as long as they don’t devolve into legal threats.

Maffly: Why not take down the Neumont page or put up positive comments, as Levine has requested?

CT: CollegeTimes believes strongly in protecting students from being scammed or mislead. Allowing the employees or contractors of any school to spam our database is unacceptable. Furthermore, CollegeTimes does not accept bribes for any reason.

Maffly: Do you believe this request unreasonable, and if so why?

Maffly: …the CollegeTimes page for another for-profit Utah college Stevens Henager has been blocked. I found this cached page of comments which are extremely negative. If you are treating Neumont the same as the other schools, why did you de-activate the Stevens Henager page?

CT: Hello, which page you see blocked? There is never blocked pages at CollegeTimes… please refresh if you have trouble viewing. Our site is available in all countries, for all people — unless your campus is blocking students from viewing this page…