Home » Accreditation: When Talking About Higher Education, Nothing Could Be More Relevant – Or Controversial

Accreditation: When Talking About Higher Education, Nothing Could Be More Relevant – Or Controversial 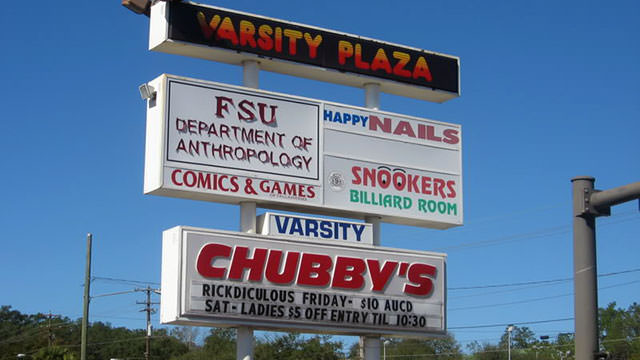 Accreditation. It’s a word that most college students have heard at some point, but that (unfortunately) very few actually comprehend on a meaningful level.

And that is NOT a good thing. With greedy investors and corrupt congressmen aggressively turning college into a for-profit industry devoid of traditional academic discourse and teeming with unqualified faculty, dishonest recruiting practices, and fly-by-night campuses, more and more students are being scammed into attending schools that are a complete waste of time and money. Sadly, in many cases these students could have avoided a huge financial and emotional crisis by simply researching the world of ‘accreditation’ more carefully – (if only they knew how!).

The concept of accreditation is simple: Anytime a government, or 3rd-party organization (usually a non-profit organization) offers certification of competency, authority, or credibility, it can be considered a form of accreditation. In other words, such certification tells the public ‘we’ve approved these members as providing quality products or services’ especially in the industries of education, healthcare, and so forth.

Accreditation is further defined by the U.S. Department of Education:

Of course, by this definition, hundreds of low quality colleges across America should be immediately considered un-accredited – but we will get to that later. This accreditation process is carried out (in the United States) by special non-profit agencies:

What are accrediting agencies? Accrediting agencies are organizations (or bodies) that establish operating standards for educational or professional institutions and programs, determine the extent to which the standards are met, and publicly announce their findings.

Unlike most countries, the United States government is not directly responsibly for accrediting colleges and universities. Instead, under the terms of the Higher Education Act of 1965, the U.S. Secretary of Education is required by law to publish a list of recognized accrediting agencies for higher education institutions. And, because the United States has drastically more colleges than the rest of the world, its methods and standards of accreditation are of concern not only to American citizens, but also to foreign governments and entities, and to foreign citizens seeking to study in America.

There are literally dozens of accrediting agencies “recognized” by the U.S. Department of Education (see below). From pharmacy studies, to nursing schools – and even funeral service programs – there are recognized accreditation agencies for nearly any type of higher education you are interested in pursuing. Now, it is VERY important to note that recognition is NOT endorsement and does not imply/guarantee any level of quality. Instead, recognition can be summarized as the government saying, “Regardless of this agency’s quality standards, they are at least sufficiently consistent in the types of schools to which they offer their accreditation membership.”

Ultimately, the ‘gold standard’ of all higher education accreditation standards is called REGIONAL accreditation. This is the mandatory accreditation required by most reputable employers, companies, graduate schools, transfer institutions, and beyond. Without a regionally-accredited college degree, your diploma is virtually worthless and will not be respected or accepted as a legitimate achievement in higher education by the American academic community.

Nothing could be farther from the truth. The only reason that ACICS accreditation is called ‘national’ accreditation is because their organization is based in Washington D.C. and does not maintain any ‘regional’ agency partners. (The ACICS and other ‘national’ agencies like the ACCSC are exclusively focused on career training programs that target low-income, blue-collar Americans who are often less aware of for-profit scam schools. These agencies are infamous for having extremely low accreditation standards and are NOT respected by the vast majority of reputable universities or employers.)

In other cases, some schools ARE indeed ‘properly’ accredited by reputable regional agencies (i.e. HULT International Business School) when in fact they really shouldn’t be, yet have somehow managed to squeeze through the cracks for the time being (i.e. when a corporation ‘buys out’ a bankrupt non-profit college).

In short, the truth is that modern accreditation of any given industry has always been, and will always be, a very political and sensitive issue ripe with corruption, bribes, favors, partisanship, cronyism, in-fighting, hypocrisy, and all other sorts of drama.

Here’s a perfect example: even the very well-respected Northwest Commission on Colleges and Universities – the regional accreditor for northwestern states in the U.S. – recently cut off their partnership with the CHEA back in 2011 for unknown reasons. Technically speaking, this means that the NCCU is not currently “recognized” by the CHEA as a legitimate regional accreditor. But because regional accreditors function rather autonomously to begin with, and because the NCCU maintains such a high level of respect, this disassociation did not really harm their legitimacy among academics.

Another example: in 2013, The University of Northern Virginia – a for-profit school focused on scamming foreign students – had its accreditation revoked by the ACICS. Shortly thereafter, its campus was raided by agents working for the U.S. Immigration and Customs Enforcement’s Student and Exchange Visitor Program (ICE), followed by multiple lawsuits involving the owners and investors behind the institution. By some measure of insanity (and/or slow legal proceedings), the school was allowed to keep its .EDU domain, and tried to secretly open a new campus in South Dakota.

More information regarding the shady tactics that for-profit scam schools use to remain in business: How For-Profit Colleges Stay In Business Despite Terrible Track Record

So then, is regional accreditation the only standard to look out for? Definitely not! Depending on your field of study, there are multiple accreditations that you should check for before enrolling in a college – or even a specialized program or course.

For example, ABET is the recognized accreditation authority for programs in applied science, computing, engineering, and engineering technology. Therefore, even if a given university is well-known, well-respected, and regionally-accredited, but their computer science department is not accredited by ABET, most academics and employers would strongly advise you to avoid that institution. From the DOE:

Are there different types of accreditation? There are two basic types of educational accreditation, one identified as “institutional” and one referred to as “specialized” or “programmatic.” Institutional accreditation normally applies to an entire institution, indicating that each of an institution’s parts is contributing to the achievement of the institution’s objectives, although not necessarily all at the same level of quality. Specialized accreditation normally applies to the evaluation of programs , departments, or schools which usually are parts of a total collegiate or other postsecondary institution. The unit accredited may be as large as a college or school within a university or as small as a curriculum within a discipline.

The following is a complete index of all accreditation agencies currently recognized by the U.S. Department of Education (this list may change regularly):

In conclusion, let’s follow this path of logic for just a moment:

The controversies surrounding higher education accreditation are far from over. In fact, with the higher education industry growing faster than nearly any other industry in the world, we can probably expect its corruption and cronyism to grow just as fast.

“As I am fond of saying, the United States exports some of the world’s best and worst higher education. The term ‘officially accredited’ covers a broad spectrum of institutions in terms of quality encompassing the good, the bad and the ugly.” — Mark Ashwill

The above quote is from Mark Ashwill, a former lecturer and Fulbright program adviser at the State University of New York at Buffalo who now lives in Vietnam. Ashwill’s impressive list of accomplishments now sees him as head of Capstone Vietnam, a human resources and educational training company based in Hanoi and Ho Chi Min City.

Ashwill goes on to express concern over why the American government so readily provides free advertising to for-profit scam schools to the millions of foreigners who consider studying in the United States every year:

And here is exactly where we can expect the issue of accreditation to go in the future: ABROAD. The United States has a modest population of around 300 million people. Unfortunately for scam schools, American citizens have certain rights and privileges, including the ability to file lawsuits once fraud has been uncovered. This fact has rapidly turned attention toward the 7-8 billion other humans living in the world who are unaware of such higher education scandals now plaguing the US, and who, conveniently, also have an ever-growing amount of disposable middle-class income to spend.

Take, for example, University of Canada West, who for years now has been paying massive commissions to recruiters based in countries such as India who successfully convince students to enroll in their horribly reputed programs. As one CollegeTimes visitor reported, “Wow, this school is now trying to recruit students in China, Korea, Indonesia and Thailand. Watch out everyone, they’re now targetting other places where they are unknown. It is a shame the gov’t does nothing to protect these international students.”

This game plays both ways across the ocean. Not only are North American colleges (both for-profit AND non-profit AND public) actively seeking out more foreign students to come study at their American-based campuses, but they are also establishing a significant amount of satellite campuses and programs in other countries. In many of these countries, officials and governments are even easier to corrupt than in the United States (if a well-funded institution so desired – thankfully, most satellite campuses and expansion programs are still relatively legitimate). However, Ashwill has witnessed first-hand as Western for-profit companies aggressively expand their reach into Vietnam, looking to make a quick buck off unsuspecting Vietnamese families.

For now, the best bet for most college students of the world is still to study in America at a regionally-accredited, well-established institution with positive consumer reviews. But who knows – perhaps in the future, the American higher education system will have become so corrupted, and the lines so blurred between for-profit and non-profit schools, that other markets and opportunities (including the internet) will prove to be a better investment of not only time – but money as well. And, probably, far less of it.

7 Comments on “Accreditation: When Talking About Higher Education, Nothing Could Be More Relevant – Or Controversial”  (RSS)