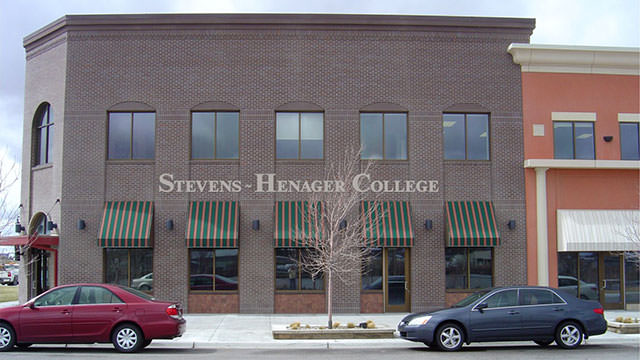 In a move that is not entirely surprising to some, the United States federal government has sued a for-profit career institute from Utah, Stevens-Henager College, after two whistleblowers first came forward to reveal fraudulent recruiting practices that involved paying illegal commissions to student recruiters.

Stevens-Henager, which has been heavily scrutinized by the federal government on more than one occassion, was earlier connected by CollegeTimes to Utah’s Church Of Jesus Christ Of Latter Day Saints after our team discovered a Mormon magazine from the 1980s had incidentally revealed that major leaders of the LDS church had attended a groundbreaking ceremony of one of the Henager campuses. (That archived article from LDSchurchnews.com was quickly deleted after our discovery, and now redirects to DeseretNews.com, a Salt Lake City based newspaper owned by the LDS church.)

Regardless of Henager’s unclear relationship with the LDS church during its 100+ year history, the college was more recently purchased by one Carl Barney, who also currently owns Independence University, CollegeAmerica, and California College – all for-profit institutes that lack regional accreditation.

According to a statement released by the Department of Justice, the DOJ, along with the Department of Education, allege that the college paid illegal incentives to recruiters based on the number of new students they were able to enroll. Federal law prohibits any such commission payments, in order to combat student loan default rates, the enrollment of unqualified students, and the waste of student loans and grant funds:

The United States has filed a complaint under the False Claims Act against Stevens-Henager College, Inc. and its owner, The Center for Excellence in Higher Education, for illegally compensating recruiters, the Department of Justice announced today. Stevens-Henager operates a chain of for-profit colleges in Idaho and Utah.

The False Claims Act under which the lawsuit was initially filed, allows private citizens to file suit over false claims (fraud) on behalf of the government. The act then allows the government to take over the allegations, which is has done in this case. Interestingly, the whistleblowers in this case were two former Stevens-Henager employees from Utah, but they decided to file their federal lawsuit in Idaho instead. Stevens-Henager currently maintains several campuses in Utah and Idaho.

In order for any US colleges to offer federal student aid – such as loans and grants – schools must agree to not offer recruiters any commission or other incentives. The re-organized DOJ lawsuit claims Stevens-Henager ignored those rules for several years, and lied to the federal government, in order to receive more than $650 million in taxpayer money. An attorney from Salt Lake City with ties to the case said Henager recruiters even enticed homeless people to enroll in order to cash in on illegal commissions.

The Republic Report’s David Halperin first reported the whistleblower lawsuit in early April, before federal prosecutors decided to file their own (second) complaint:

Last year I obtained a letter that a Stevens-Henager employee wrote to government authorities alleging a lack of standards and integrity in the school’s recruiting. It read in part: “Our admission representatives are required to enroll anyone and everyone. All entrance and diagnostic testing has been eliminated… Toothless and homeless people are not marketable and will never pay back student loans. We still enroll them… Our director said, ‘Get 40 people and I don’t care what you say or do to get them.'”

Stevens-Henager and its affiliated colleges have established records of leaving their students deep in debt. For example, as of 2009, 40.2 percent of students of the Flagstaff, Arizona, campus of CollegeAmerica defaulted on their loans within three years. The figure was 38.8 percent at the CollegeAmerica campus in Denver, and a still-high 24.7 at the Stevens-Henager campus in West Haven, Utah. For comparison, the default rate at Michigan State University was 4.3 percent.

Although Stevens-Henager is described in the Justice Department’s news release as a chain of for-profit colleges, the college’s website describes it as a nonprofit institution, which was apparently a strategic business attempt the college made last year in order to avoid the seemingly ever-growing ‘for-profit education’ controversies.

Update 5/11/2014: It appears that the Standard Examiner, an Ogden, Utah based newspaper, has deleted this story from its website after having initially published the story via the automated Associated Press wire. (Editor’s Note: the main campus of Stevens Henager College is also – coincidentally – located in Ogden, Utah.)