Home » Why Mac Sucks: Top 10 Reasons Why Macs Blow, And Why Apple Loves Sh*t-Talking Articles Like This One

Why Mac Sucks: Top 10 Reasons Why Macs Blow, And Why Apple Loves Sh*t-Talking Articles Like This One 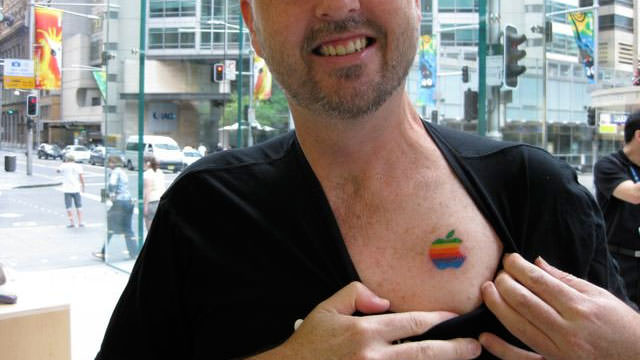 1. The only business model for Apple is narcissism. Its true. And for what its worth, the only “geniuses” that work for Apple are the members of their marketing team, because holy hell, we all know that the best way to sell a product in this day and age, especially to Americans, is to patronize their self-righteous beliefs. There are only 2 types of people that buy a Mac:

Either way, people who are confident enough in their knowledge, self-image, and skills rarely find it necessary (or justifiable) to buy one of these disgustingly over-priced machines. Which brings us to…

2. Macs are ridiculously overpriced. Not only do you get much less for your money when you buy ANY type of Macintosh computer compared to your other options, but you get royally screwed whenever you want any halfway-decent Mac machine. Compare 17-inch MacBook Pros starting at an astounding $2500 with thousands of 17-inch alternatives starting at just $599. This is partly because Apple price-fixes their products so drastically, but is mostly because they’d rather tell you what packages are available instead of letting you decide what works best for you. Hmm… what does that sound like?

3. Macs regularly ignore mainstream industry trends. Where to begin? Because of all the political (read: snobby) games that Steve Jobs gets involved with, most Macs still don’t have HDMI ports, eSATA ports, or BluRay drives, among other mainstream technology standards. Instead of HDMI, for example, they opt for out-of-date DVI ports (but of course only on the MacBook Pro models). This attitude is best summed up by Apple’s 2-decade-long push for world-wide FireWire data ports, which Apple finally dropped many years after its defeat to USB 2.0 was already obvious. (P.S. Apple invented FireWire…)

4. Mac OS X is merely a locked down version of open-source Linux. Its easy to assume that over 90% of Mac owners are not only unaware of this, but don’t have a clue what Linux is. Turns out that back in 1996, after Steve Jobs’ short-lived company NeXT stole its OS base from open-source (read: FREE) BSD Unix, it resold the now proprietary OS to Apple which then became OS X. Perhaps if OS X had the flexibility of Linux, or if Mac fanboys didn’t use Linux concepts (i.e. Terminal) as reasons to brag about OS X, there wouldn’t be so much smearing to do. (Warning: do NOT attempt ask any Mac fanboys about this, or they will ignore your question and start babbling about things like Firefox.)

5. There is no right-f*cking-click! Mac fanboys will respond to this by saying “actually you CAN get a 2-button mouse now!” but even when that is true, the EFFING RIGHT CLICK STILL DOESN’T DO ANYTHING. Oh, cool, I can copy and paste! Oh wait, but I can’t perform any other damn functions in Photoshop or otherwise. And crap, I forgot which combination of 5 keys I need to hold down for right click to work on my 1-button mouse? (Don’t even ask how to make the Delete button actually delete something…)

6. The Dock, and general screen layout, is retarded. Again, where to begin?…

7. “It just… doesn’t work.” (Macs crash, freeze, and have evil viruses.) I thought I would dispel all the Mac lies in one sentence, so there you go. If you have ever tried to open Photoshop along with a few other programs on a Mac, you will know this frustration well. More often than not the little rainbow wheel will starting spinning like crazy – that, or your Mac will simply freeze. This is because Macs can’t handle multi-tasking very well (although the issue has been improving, according to some). What hasn’t been improving though is the increasing amount of viruses being found on Macs. Sure, we could play the word game and clarify the difference between trojans and viruses, but the point is that Macs are no safer than any other computer, especially since they ship with their firewall turned off.

8. Software and hardware options for Mac are lame, or slim at best. This is not an overstatement. I am the first to admit that the iTunes/iPod combination is pretty tight (with AAC disabled!). But that’s about it. Mac Mail, iPhoto, GarageBand, iChat, Quicktime, and the rest of the bundled Mac software mostly just sucks, or is extremely limited in what it can do. Luckily some programs like VLC and CuteFTP have recently started to offer Mac versions of their software, but good luck trying to find Mac versions of most popular freeware. Not only that, but their claim that “no hunting for drivers is needed” is only true because barely any hardware is made for Macs! For example, only the Airport Extreme card works with Macs but other PCI cards will not. Thus, if someone needed 802.11a, they would need to buy a (very) costly Ethernet adapter.

9. Gaming, and graphics in general, suck on Macs. All true gamers already know this, so it really doesn’t require much explanation. Let’s just say that GizModo’s latest check confirmed that this is still true, even on the most expensive graphics card that MacBook Pro currently offers.

10. Macs are not flexible or customizable. This is a vague way to end things, but mostly because its the only way to sum up all the things that are wrong with Macs. We’ve already seen that you can’t customize their hardware or software, and that you can’t even use the Linux functions that *should* be present on any Linux distro. But even within Mac’s little world itself, you can barely change any options on their OS, user interface, The Dock, directory layout, etc. But hey, as long as the only thing you want to do is change your desktop wallpaper to be the photo you took at the latest indie rock show you attended, then by all means, buy a Mac.

For being so “progressive” Apple sure does seem like one stubborn-ass company. Oh, and please note that hating Macs doesn’t make you a Windows fanboy. It just makes you a reasonable person. =)

2,830 Comments on “Why Mac Sucks: Top 10 Reasons Why Macs Blow, And Why Apple Loves Sh*t-Talking Articles Like This One”  (RSS)