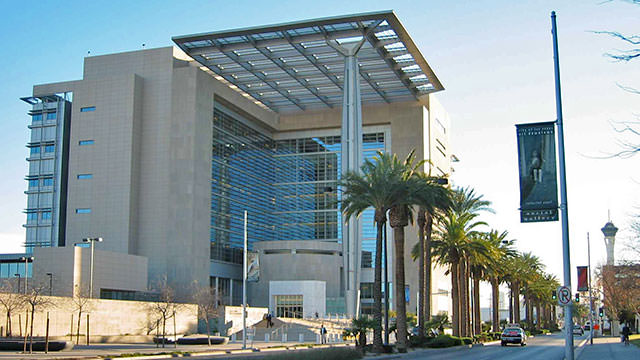 Update 4/28/2016: Despite failing miserably in their 2+ year long effort to take down CollegeTimes, Neumont University’s new owners (who remain unknown since the secret 2015 buyout) have decided to allow Edward ‘Nasty Ned’ Levine to remain on their board of directors (at least for now) apparently to help him save face as part of some closed-door deal that was made. Although a press release published by Neumont in the weeks after their lawsuit fell apart claimed that Levine was “retiring” to focus on “land conservation” hobbies, ‘Nasty Ned’ is now back in business again with a new company that he created focused on “growth advisory” called Firebrand Advisors… he now appears pissed as hell that our article about his getting fired is ranked at the top of Google for searches of his name, and has recently registered the domain edward-ned-levine.com in an effort to outrank us. Only time will tell if Neumont and/or Levine will come up with a new lawsuit as they desperately seek to censor the web…

It’s a redeeming day in America when even the most highly organized and well-funded criminals realize how difficult the U.S. legal system is to manipulate.

Neumont University – who has spent the last 2.5 years suing, stalking, and harassing me in an attempt to censor negative student reviews of their school from the web – is one such entity. Unfortunately for Neumont, they apparently forgot that outside of Utah, the reach of their powerful “LDS” Mormon friends is still rather limited.

Neumont: A Big Fish In A Small Pond?

In the case of Neumont – a for-profit technical institute based in Utah that lacks both regional and ABET accreditation – even paying off newspapers like the Salt Lake Tribune and Deseret Times, hiring one of the largest law firms in the western United States, getting two judges on their “SLAPP lawsuit” docket both of whom have a history of colluding with Mormon figures, and threatening their own students and faculty against speaking out… STILL didn’t prevent an embarrassing, and costly, courtroom loss.

Of course, the best part of all is that I spent exactly $0 on a legal defense.

On March 24, 2015, the U.S. District Court of Nevada ordered Neumont to show proof of (new) proper service on me before April 1, 2015. As that time period has come and gone, the case will now likely be thrown out completely:

On February 9, 2015, I gave Neumont University, LLC until February 19, 2015, to serve defendant Jesse Nickles “by email at jesse@littlebizzy.com and file proof of this service.” Doc. 69 at 9. More than a month has passed since this 10-day service deadline ran, and Neumont has not filed proof of service or explained why service of the filing of the notice was not possible. … As Neumont has apparently elected not to avail itself of these extensions of the service deadlines and the ability to serve Nickles by email, I now give Neumont until April 1, 2015, to comply with my prior instructions or have its claims against Nickles dismissed without prejudice and this case closed.

After proceedings dragged on for more than 2 years, Neumont’s legal costs had jetted past $100,000 according to court-required disclosures (which Neumont had unsuccessfully attempted to hide from the court), despite claiming initial losses against my web hosting business, Little Bizzy, of only $72,000 (the lost revenue of one student who allegedly decided not to attend Neumont after “reading negative reviews” of the school on CollegeTimes). Due to my financial inability to hire a corporate attorney, the case eventually went into default judgement, at which point Neumont suddenly (and without explanation) changed their lost revenue claims to be over $1 million.

However, after my article tying the judges in the case – Judge Jennifer A. Dorsey and Magistrate Peggy A. Leen – to possible corruption involving U.S. Senator Harry Reid (and his vast ties to the LDS Church) was picked up by a popular Las Vegas area legal blog after I submitted the piece to Reddit’s Ex-Mormon subreddit, two digital law experts reacted accordingly; Eric Goldman and Paul Levy both excoriated Dorsey for her seemingly purposeful ignorance regarding Section 230 protections. (In fact, Leen went so far as to completely strike my initial Motion To Dismiss from the record, hiding any potential mention of Section 230 protections from further court proceedings.)

“This led me to wonder how Judge Dorsey, having been so attentive to the free speech consequences of the requested injunction, could have missed the section 230 issue. Although her opinion does not mention section 230, an earlier ruling denying a preliminary injunction, issued by the judge to whom the case was previously assigned, noted in passing that Little Bizzy had moved to dismiss the complaint based on section 230 but that the motion was “stricken” because it was not signed by an attorney. The motion has literally been stricken from the record. When I tried to access the document on PACER, I received a screen saying that I did not have permission to view the document; and when I called both Judge Dorsey’s chambers and the clerk’s office to inquire further, I was told that the office could not show me the document once it was ordered stricken. I was, therefore, unable to assess what section 230 arguments Little Bizzy had tried to present, albeit without counsel, and thus assess how Judge Dorsey could have missed the obvious section 230 defects in her default judgment.” — Paul Levy

After the story made the rounds, Dorsey took over the docket from Leen and seemed to have a sudden change of heart (or perhaps an attempt at covering her ass?), deciding to set the default judgement aside without my having filed any motion for such. Her reasoning? Improper service of process, mostly. (Which of course, is hilarious, seeing as how that should have been entered much earlier, and/or, Section 230 protections would have made a much more compelling legal argument for throwing out the case.)

What never ceases to amaze me is how pretty much every single for-profit diploma mill falls into exactly the same pitfalls; specifically, scam schools like Neumont and their president, Edward “Ned” Levine get so carried away running their corrupt little fiefdoms and are so thoroughly cut off from reality that they literally can’t see beyond their own minuscule worlds of fraud, threats, and ego-stroking power trips.

Maybe its just clueless Baby Boomers, or maybe there will forever be a massive slew of people who simply don’t understand how the internet works. Here it is: never try to censor the truth from the web (recall the Streisand Effect). But as Webster University becomes the next heir apparent to the wrath of the internet, it seems things may never change…

P.S. CollegeTimes has officially been valued at over $1 million. Thanks, Ned! :)