Home » Reverse Prostitute: What Happens When A Young Man Asks Hookers In Amsterdam To Pay Him For Sex?

Reverse Prostitute: What Happens When A Young Man Asks Hookers In Amsterdam To Pay Him For Sex? 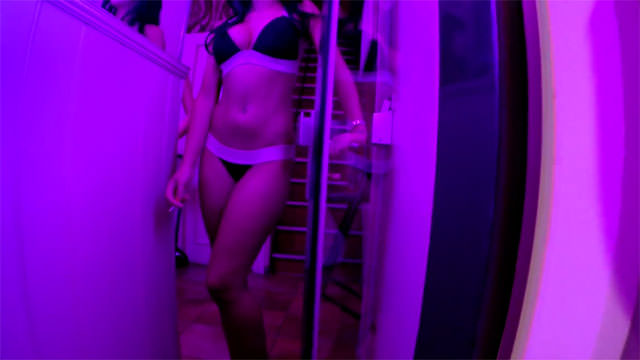 Just because a prostitute expects one thing, doesn’t mean the tables can’t be turned.

In the latest video released by our friends at /whatever, a young man goes out into the cool Dutch night – in Amsterdam’s Red Light District, that is – to see if he can proffer up his own not-so-sexy self in exchange for cash.

Update 8/10/2014: This video has been deleted from YouTube by the /whatever team at the request of the Amsterdam prostitutes, apparently. YouTube user Felicia Anna states, “Whatever has taken the video down at our request because it’s infringement of our privacy rights, and also endangers us (the prostitutes from the Red Light District in Amsterdam) by showing us recognizable (even though faces are blurred, people can still recognize us through body types and other specifics such as tattoos) in this video.” A few months ago, she also uploaded an interesting video interview of a convicted human trafficker from Romania who explains how his operation worked.

“Brian”, the main man in the video experiment who films most of his videos in and around the University of California : Santa Barbara, greets dozens of different madams as they perch in their window cabins of the De Wallen section of Amsterdam, where the government has legally permitted prostitution for many decades.

The women, many of whom speak with Eastern European accents, react in a wide variety of ways to Brian’s offer of “discounted” sex. Some laugh, some get angry, a few throw water on him, and one girl even spits in his face.

The ladies are also quick on the verbal insults, telling off the lad with quips like, “I have a more beautiful boy!”, “You are a cheap b*tch darling! I don’t f*ck with the b*tches that are only $40!”, along with the classic, “Who lied to you… your mommy?”

It’s not the first controversial prank attempted by the /whatever team, made up of a rather laid back group of California college friends and beyond. Some of their more notable social experiments include asking random girls to have sex, walking a “pet dinosaur” in New York’s Central Park, and of course, their famous “Spank Prank.”

Emails sent to “Brian” in regard to this story were not immediately returned.

No Comments on “Reverse Prostitute: What Happens When A Young Man Asks Hookers In Amsterdam To Pay Him For Sex?”  (RSS)